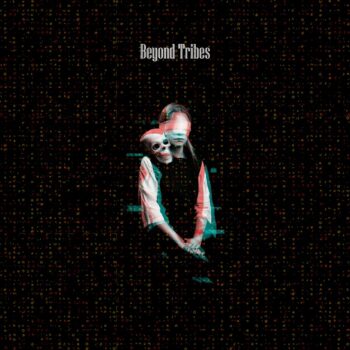 Zhoobin Askarieh (b. 1973) is an instructor and player of native #woodwind instruments and the founder-member of #PILDAM, a #groovy, tribal-dance project from #Tehran. M. Ali. Kafashan a.k.a Ali Sasha (b. 1986), is a composer, arranger and #DJ , he also has experiences for the #music stage throughout the past decade. Together, they have infused a music with the elements of #experimental #electronic, #ambient music and #noise music along with a #spiritual feeling of #acoustic instruments most notably the “Didgeridoo”, it is characterized as a #post-folk, #drony music release. Sharing the #spiritual feeling that they experience with their music is their cause behind releasing their works. “Beyond Tribes” implies a state in which humans are free from the worldly material, and their privileges; it ultimately includes our racial and ethnic groups; an unknown state in which all people are equal. So this is possible that they used the title “Beyond Tribes” to refer to  “after-life” without being too harsh on the choice of words. It is #scheduled to be published on Noise à Noise on 24th of March, 2020. The album would be on sale (on Bandcamp) for the first two months while the #freelistening is also possible on #soundcloud #spotify #itunes and many more online music distribution stores.