"Metamorphosis Behind The Curtains Of Time" by Kamyar Behbahani and Karim Ebrahimi is on pre-order, click here to listen on Bandcamp. 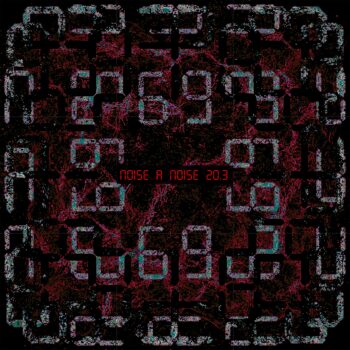 Noise à Noise 20.3-2 (Compilation Album) (Disk 2) By Noise à Noise Records, Pre-release date: August 18th “NOISE IS THE KEY!” This have passed since the midst of August in 2020, and following the announcement of an open call during the past two months, and a closer listening to the pieces, Noise à Noise is presenting its next quarterly noise/ experimental music compilation album(s); this two-disk album includes pieces of contemporary, experimental, ambient, drone music. The first album which was released two days ago, includes works with a contemporary approach while this second album is more about experimental point of view. These double-disk albums are scheduled for a sequential release, as the First album in the row (Contemporary album) was released on August 17th and now the next compilation with a Experimental focus comes out two days after it August 19th. Please note that this is a pre-release on Bandcamp and Soundcloud and the worldwide release on itunes, spotify and other similar platforms comes during the following two- three weeks.
Noise à Noise · Noise a Noise 20.3-2
Studio A Tehran has provided the means for the post-production and Arman Moghadam has generated the cover art. It is going to be released on iTunes, Spotify and other more major online stores between two and three weeks after this unofficial pre-release date. The lineup for the experimental music artists, and projects (Disk 2) are: Alishasa and Zhoobin Askarieh (IR), ARUMAN (IR), Deniz Tafaghodi (IR), Ehsan Masoudian (IR), Faraz Bakhshgooei (IR), Golbon Moltaji (IR), Mahziar Arjmandnia (IR), Mehdi Boroosan (IR), Noise Space [Farbod Hamedi] (IR), Rhonchus (IR).